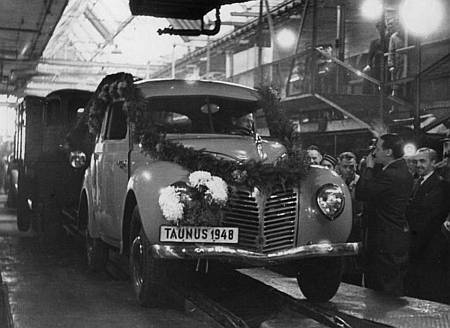 These files are licensed under the Creative Commons Attribution-Share Alike 3.0 Germany license.

Introduction: The “Oldtimer” (Veteran, vintage and classic cars)-DVD of Historicmedia

In 2011, the automobile celebrates it’s 125th birthday. In the beginning it was an admired – and sometimes also feared – rarity, then a toy of the rich, before it became the dream of the millions. In , this dream came true in the last decades. Today, the car is less a dream and a desire, but an object of everyday’s use, which is owned by everybody and which we just need to master everyday life. Car-related dreams today mostly refer to quite special models – or the very veterans, which do so much differ from our everyday’s cars.

This DVD shows more than 16.000 images of veteran, vintage and classic cars, especially contemporary photos, advertising and documents. Lots of photos from veteran and classic cars can be found in the internet today: the treasures of proud car owners, cars offered for sale, shot from every side, photos of veteran car meetings and rallyes, and from museums. In a time of quickly improving digital cameras and a flood of digital images these photos are much more frequent and of a better quality than ever before. But never the less: All these photos of veteran cars are no “veterans” by themselves, these photos are new, the cars shot have been photographed as “veterans”.

Once at the flea market, somebody told me about the new veteran car photos compared to the old contemporary ones, we just were looking through: “They are dead”. And indeed, the old photos do not show the cars as “veterans”, removed from everyday’s life and prepared as collector’s pieces, but as quite new, as symbols of modernity and of progress, as something which had brought a great change to it’s owner’s life. And they show these cars together with the people of their time, for whom these cars belonged to their own life and not to the life of their parents and grandparents.

That means, these photos belong to the time „when the oldtimer still were young“. And this is meant in a double sense, because in German the English word “oldtimer” is used to speak of old cars, not of old people. And the people, who are to be seen beside of the car, now mostly are – depending from the age of the photos – “oldtimer” themselves (in the English meaning of the word) or let us hope they at least became, even if they are no more alive today.

About one half of the photos on the DVD are private shots from the author’s archive. They demonstrate the proud of the owner having realized their dream of a car. Owner (or just: drivers) and co-drivers pose together with the object of their desire, arrange themselves with the car (see Chapter 6 [in German]: Mein Auto und ich: Das Auto im privaten Foto).

On many photos, the people demonstrate that they can dispose of the car: they are not just sitting in the car, but on top of the front lid, place their kids or dogs on top of the car; or when standing aside, put their hand at the car, in one case at least the hat! Many photos show the cars like a member of the family; sitting at a picknick, the car is placed in the picture as taking part. The car was closely connected to the “most beautiful time in the year”, holiday and vacation. The car was the instrument that gave the opportunity to go abroad, spend a beautiful vacation free of all constraints of public transport. And the photos are showing: we have been there; we have been there by car – look at us and our car in , in the mountains! – we could afford all that!

The other half of the DVD’s images is formed by photos from professional photographers, which now are kept in public archives (the German Federal Archive with it’s main office in , the German Fotothek in , the Tropenmuseum at and the Library of Congress in , The National Archives and Records Administration in Washington D. C., The State Library of Queensland in Brisbane and The Powerhouse Museum in Sydney

The photos have been classified in eight periods, according to the great breaks in German history – and that in most cases also means the history of cars in . These breaks are similar, even if not as sharp as for , also for the greatest part of the other European countries. Period 1 lasts from the beginnings of the automobile until the year 1914, period 2 covers the First World War from 1914 to 1918, period 3 the era of the “ republic” after the war, period 4 the “Third Reich” from 1933 to 1939, period 5 refers to the Second World War from 1939 to 1945.

Period 6 comprehends the years after the war up to the beginning of the “Wirtschaftswunder” (“enonomic miracle”), the quick rise of . After the war, most part of the available cars were the pre-war models. Period 7 are the classical years of the “Wirtschaftswunder” in the 1950ies and early 1960ies (ca. 1953 until 1963/1965). As far as car history is concerned, the break between period 6 and period 7 is the introduction of a new form of the bodywork (“Ponton”) at three of the great car companies in Germany, replacing the old pre-war constructions, which had been continued until the early 1950ies: at Ford Germany, the 12 M from 1952; at Opel the Olympia Rekord and the Kapitän from 1953, at Mercedes Benz the 180 and 220 also from 1953.

Cars belonging to period 7 are those with growing tailfins in the late 1950ies and at its end those which already get over that fad. Above all, in this was the new 1960 Ford 17 M, which in the promotion was glorified as “Linie der Vernunft” (“Line of rationality”). Because of its still roundish forms, it was affectionately called “Badewanne (“bath tub”). The typical cars from period 8 – from ca. 1963/1965 onwards – show more smooth surfaces and more edged forms.

Photos showing motorcycles and racing cars are presented separately from the chronological arrangement in particular folders. Furthermore, there are folders containing advertisements, classified ads, documents, reports and notices, greeting cards, cartoons… And we escort the cars “from the cradle to the grave”, from the assembly line to the auto graveyard. Thus, there have been added quite new photos to this DVD as well showing cars – “veterans” of our times – at the auto graveyard: Sleeping Beauty waiting for a kiss or already final destination? 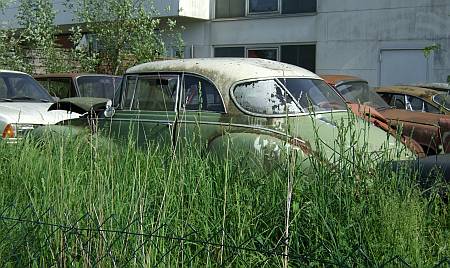 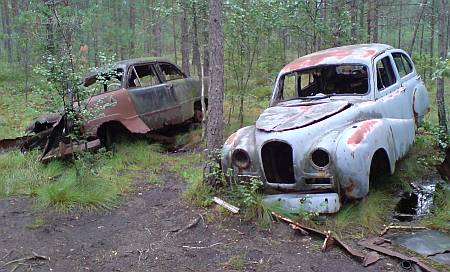