CD-ROM, 3500 photos (90 % private) from the period of World War II (German, some Russian) and 800 further images “Written and printed matters”, a detailed introduction (in German), list of contents, bibliography and ca. 200 links to WWII-websites. Price: € 18,02 and packing/postage. 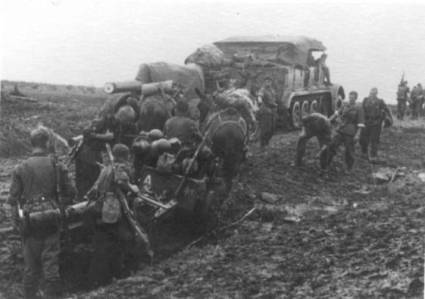 Russia: “Halbkette”, artillery and horses on a muddy road

PRIVATE PHOTOGRAPHY BY GERMAN SOLDIERS AND IN GERMANY

From about 1930 onwards, due to falling prices and a simpler technique, taking photographs became possible for an increasing number of the German people. Since the beginning of war in 1939, hundreds of thousands of German soldiers carried a camera with them. Private photography was officially promoted as a “bridge” between the soldiers and their families at home. Also for the “hero chronicles” private photography was encouraged and photographical competitions were held. The real every day life (and death) of war of course was not to be shown. Instructions were given to prevent the use of the photos by the enemy. In reality, these rules were exercised only very superficially in the “Wehrmacht”, except for the navy.

The aesthetical sense of soldiers taking photographs and their selection of motifs were greatly influenced by professional examples in magazines, on post-cards etc. The look at the “enemies” was determined by the own prejudices. These prejudices, especially against the people in the east are reaching back at least to the beginning of the 19th century or even earlier. The racist Nazi propaganda could build up on that. Common stereotypes can be found not only with National Socialists and those being unpolitical, but also with Christians and even with opponents of the regime.

The greatest part of the photos (which generally is the case in private pictures) are photos of the people themselves and of those they lived with, in this case the comrades as a sort of second family. Soldiers liked to photograph themselves at the various activities of military service, together with their equipment, weapons and vehicles in order to keep the strangeness of the situation for their own memory and for their families. All these photos should show to those at home that the soldiers were doing well and that it was not necessary to worry about their condition. The same is valid for pictures showing leisure and recreation, the provision of food, personal hygiene, quarters and barracks, the soldiers’ holidays and festivals. Many of these photos seem to show the soldiers’ life as a sort of holiday camp, as a military staff outing.

Many photos taken in the occupied countries look like photos from a holiday travel. The local objects of interest according to Baedeker were taken (and often the photographer himself or comrades standing in front of it), in the east landscapes and life in the countryside was preferred. Photos of the local population in the occupied countries show picturesque types of folkloristic interest, poverty and primitivism, not so different from many tourist photos of today. Anyway, it is not possible to transfer the feelings we have when looking at these photos to their former authors and owners. That is clearly recognized from their commentaries and descriptions, which – much more than in World War I – emphasize their own superiority and the inferiority of the others. These photos were not taken with a feeling of unprejudiced curiosity, but they should serve as a confirmation of their own prejudices. The prefixed image of the enemy was now fixed onto the film. 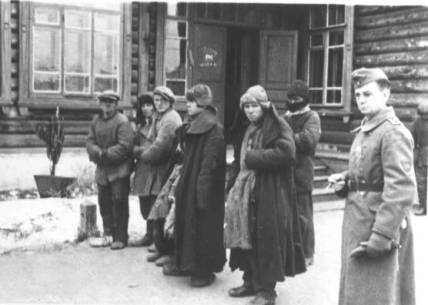 The same is seen in photos showing prisoners of war. The feeling of the photographer’s own superiority is standing in first place. The soldiers of the Soviet army were especially thought to be inferior from the racial as well as the moral point of view. That should be proven by the photos or even just by the commentaries given to them. Soldiers from other races were especially photographed very often as they were thought to be inferior. Further on, photos of POWs express the relief that these enemies were now no longer a danger for one’s own safety. Their own superiority and the eliminated danger are also demonstrated by the numerous photos showing destroyed hostile military equipment and weapons. Even photos of destroyed houses, villages and cities were partly taken with a feeling of triumph.

Victims of war were photographed only rarely. It was taboo to photograph fallen comrades from their own party and dead soldiers wearing the German uniform were too close to their own possible destiny. The photos of dead enemies other than of the “normal” sensationalism also contained the feeling of relief about the eliminated danger. The death of German soldiers was only indirectly shown by the numerous pictures of funerals, soldiers’ graves and cemeteries. Such photos were taken as a last memory for the families of the fallen. A special category of photos are those showing atrocities, massacres, executions and of many people being killed. In these cases, the commentaries given throw the most light on the opinion of the photographer.

The greatest part of the soldiers’ photographs was taken in the years from 1939 to 1942. The years from 1943 onward were photographed much less. Films and photographical equipment were rare and the euphoria of victory which had encouraged photography so much had disappeared more and more. 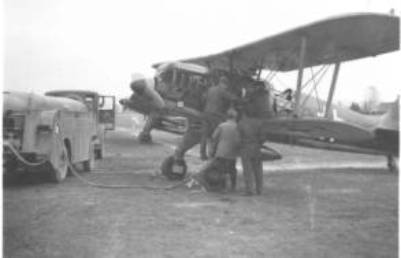 Petrol for the airplane

The private photos indicate and express the predominant point of view by exemplarily portraying the contemporary perception. These photos show the mentality and opinion of millions of German soldiers in the war. They are an important testimony of the wartime experience of the common people and of the influence of Nazi propaganda which most were not even aware of. By that, the photos are only partly images of reality. Photos that show different points of view are rare.

The majority of the photos taken in Germany proper were the normal family pictures. They should now also help to keep up the connection between the soldiers and their relatives. As many couples wanted to marry in that unsteady time, photos of marriages with soldiers wearing their uniforms are common. Of special interest are pictures showing the destruction caused by the air raids. Until 1942, such photos were even spread by newspapers and magazines. Afterwards, they were published no longer as their demoralizing effect was feared. Privates were forbidden to photograph any military construction but there existed no prohibition to take pictures of the destruction at private houses. Yet nearly all contemporaries thought that such photos were “somehow” prohibited, even if there existed no legal foundation for such a prohibition. Nevertheless, from time to time the “Gestapo” pursued private photographers of ruins and by that contributed to the intended feeling of insecurity. Accordingly, most of those taking such pictures behaved cautiously and conspiratorial.